After a year of hard work and planning Alex was excited to get going this morning. A normal person stood on the start line of a marathon, ironman may have a few butterflies in the stomach about the coming hours. Seemingly not Alex.

It was a damp morning in Edinburgh this morning as we took a few photos in front of Edinburgh Castle. The strongest accent so far was the Irish accent of the security guard who cheerily let is past the security barrier when we explained Alex was cycling to London for charity. There was a short misunderstanding about Alex not having a stop off which was more incredulity than accent mismatch.

And with a cheery wave Alex was off down the cobble stones (or pavé as cyclists call it) of the Royal Mile. 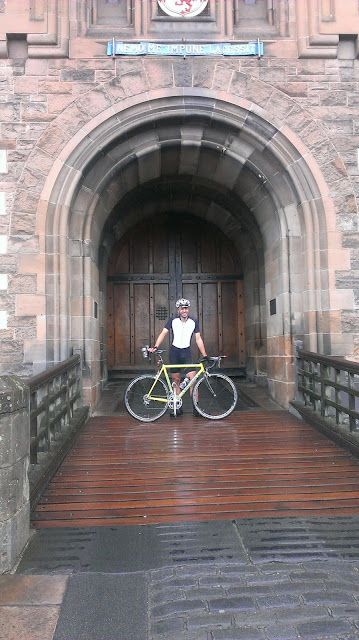