Erm, when I came up with this idea around the start of October 2015 while on a damp, drizzly ride home from work, I thought it was just a kind of brain-fart.  Something to play around with and day-dream about.  I was inspired by Steve Abraham's year long record attempt and wondered what I could do.  But today, I'm truly amazed by peoples generosity, comments and support.  Over 8 months from that commute home, things have certainly changed, developed, educated me, inspired me and humbled me. 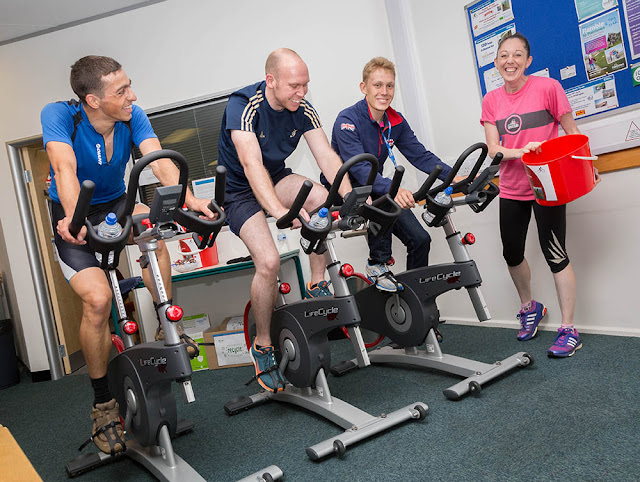 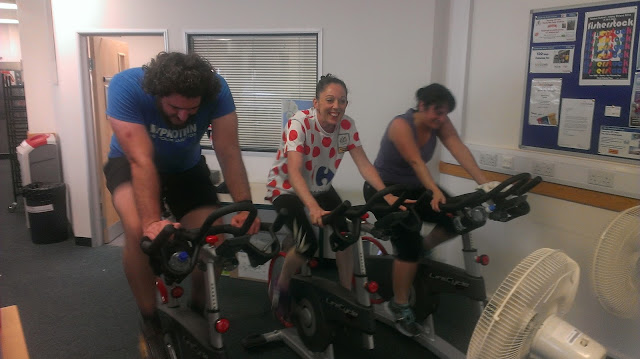 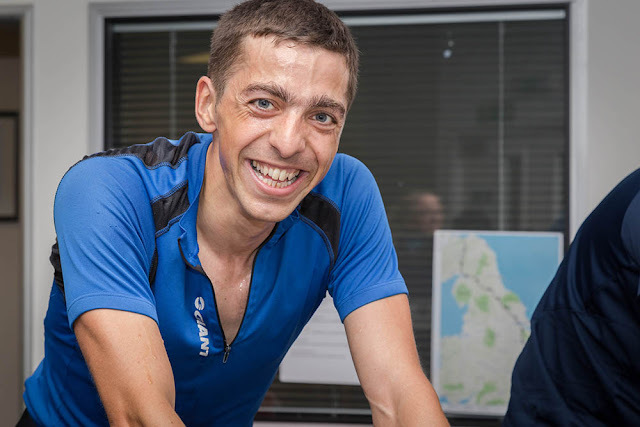 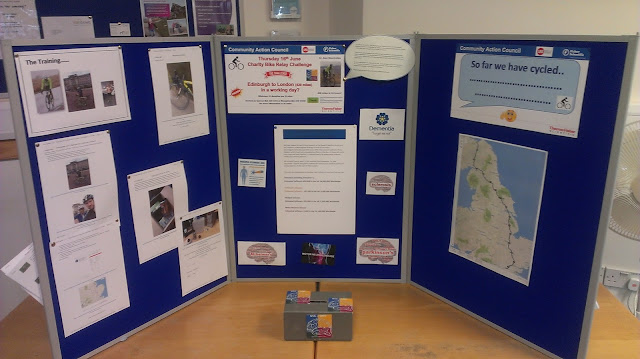 Today, the staff of ThermoFisher Scientific here in Loughborough supported me by doing the staff cycling challenge - 3 exercise bikes, 15 minutes per session, donation to ride and see how far they can get towards my ~420 mile challenge distance.  Employees from all managerial and worker levels, groups, fitness's, casual and fanatical sports people and those who were just curious joined in, challenged, goaded, encouraged and joked with each other over the bikes while asking questions about my event, support, motivations, charitable ties and ideas.  Honorable mention to Alex Wyatt for donating £10 to eat cake while the rest of his work team took their turn on the exercise bikes!  I'm amazed by the organisation, generosity and engagement.

We had GB triathlete James Teagle come in answering staff questions regarding triathlon training and racing and giving words of support and encouragement.

Leicester Council helped support with the provision of spot prizes and spin bikes along with the Work Place Challenge initiative.  I'll give a full list of credit when I can.

The staff virtual rider advanced down the map south from Eds at a respectable pace with the final distance of around the 430km point (Jo will update with the exact number), reaching roughly the Humber bridge area.  A number of people comment on how they appreciated how big a challenge I've committed to when they realised how hard it is to keep around 30 kph for just 15 mins.

There will be more photos and info from to day to come (and some editing!), but I just want to say massive appreciation to all of those who've shown their support, jumped on a bike, given prizes, loaned equipment and joined in.  Thank you to all of you!


For those of you who still wish to donate, the link is here: