On a day which has seen the main Tour de France pro teams announce their rider rosters for the start line, we can exclusively bring you the team TestSubject1 rider roster and race strip.

Team TestSubject1 are a relatively new team to cycling only forming last October when the team founder Alex Stavrinides found the domain name available on GoDaddy.  Without any wins to the TestSubject1 team name, TestSubject1 has high ambitions in it's first race, Edinbrugh to London and has desires on at least a podium position.  Made up of an average rider age of 34, the rider roster pulls on a very small number of riders.

The team is built around it's principle ride, Alex Stavrinides.  Alex is new to this team and hasn't ridden Eds-Lon before but at the age of 34 has the support of the entire team.    His wife is also a cyclist, is are other members of the support team, but no of them were stupid enough to want to join him.

When we caught up with Alex for comment, he said:
"Well, I'm honoured that the team picked me to be their principle rider..........I feel I carry the weight of the whole team on my shoulders, but I think I'm ready for this.   I originally wasn't sure if I'd get selected, but I've been training hard, the support team have been fantastic and have been backing me the whole time.

When asked about his rivals, Alex said:
"There are a couple of people I fear in this event.  I know I won't see him in the opening phases, but I know the Man with the Hammer is a f***ker and likely to try and beat me near the end.  I hate him, but I can beat him.  The others are The Sufferlandrian but I know he normally hides around the turbo trainer and the Virtual Man who hides in the Garmin on my handlebars.  It's the Man with the Hammer who I want to beat because I know he's hard to beat."

We asked him about his motivations:
"I motivated by the challenge, the support I've had and look forwards to raising as much money as I can for the Neuroscience Support Group charity.  This is going to be a good ride, and I'm up for the challenge to see what I can do!  BRING ON THE RIDE!

When asked about the average team age and diversity, Alex said:
"I know at 34, I'm the average age for a rider in the event and our team does lack diversity but I don't think my age will hold me or the team back"

On the pressure of being in the spotlight through the event:
"I know there's nowhere to hide on this one, especially in the Fens which are flat, and there's not many trees.  I see it to my advantage, because there less chance of a rider being in front of me to take me out......but then again, a rider in front might be handy for draughting.....that would be nice.....why am I doing this solo again???"

And on team moral:
"Team moral is strong!  The rider moral is very positive and really looking forwards to getting this rolling.  Moral in the support and backroom staff is pretty good too, although I have heard words about comfort in the team car and concerns over if Chris has bad farts."

Unfortunately, Alex had to leave the interview at this point as his Director Sportif was trying to get him to do the washing up and sort out stuff for being back in work the next morning. 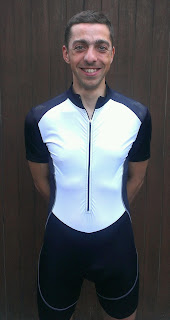 Team final selection for the event.

UPDATED!  We've secured potential exclusive sneak previews of the off bike kit too.  We can't comment on the size tested but it appears the T-shirt may be in development. 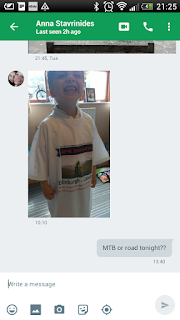 Exclusive reporting by A. Lex on behalf of www.TestSubject1.com.
If you wish to help Alex in his challenge, please follow the link below: