Over 440km done.  For those who prefer imperial, over 275 miles.  That is over two hundred and seventy five miles.  Or more as a psychological jump, over 400 km and by a good margin and 300 miles within touching distance.

As I had ridden up to Yorkshire and Mrs Stav had her bike on the roof of the car, the obvious thing to do is to ride home - just with a few added miles. 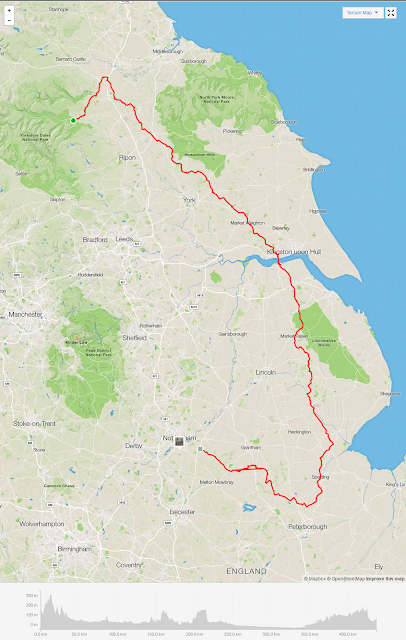 I used the route I've been practicing on, modified for the Howardain Hills and then looping back home south of Spalding.  For the data: 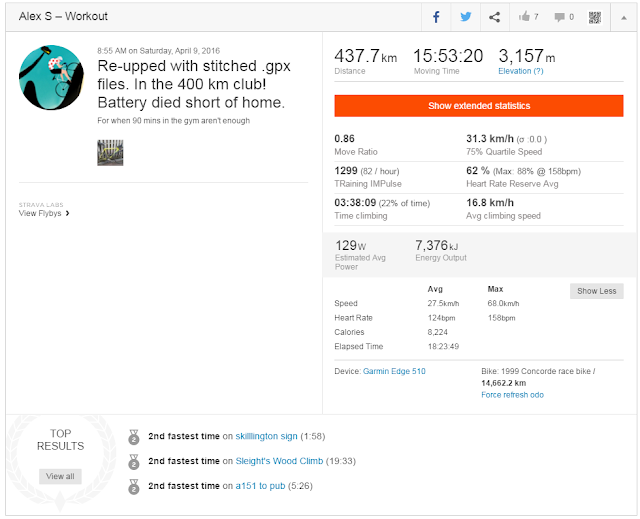 Couple of quick things to note:

I did more cycling last week, but I wanted to get this up now and quick so I'll add more info when I have a chance.