I'll do a more detailed post for the Test week blog entry I'm working on (in drafts at the moment) and for my return to distance riding once I've got the chance to do the analysis I'd like to do to give it justice.

In short, last week was the testing week culminating with the skin folds, biopsy, depletion tests, blind TT and "that" photo (yeah, I've seen how many page hits its got), so Saturday was the first real day of freedom.  A very mixed day but the aim was to use the PowerTap wheel to re-ride one of my stronger rides from 2015. 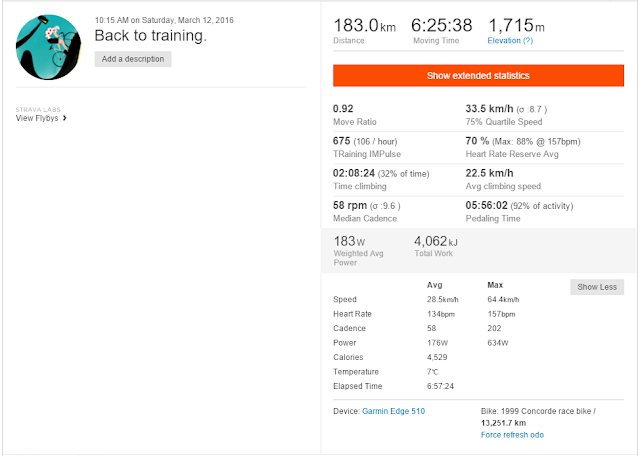 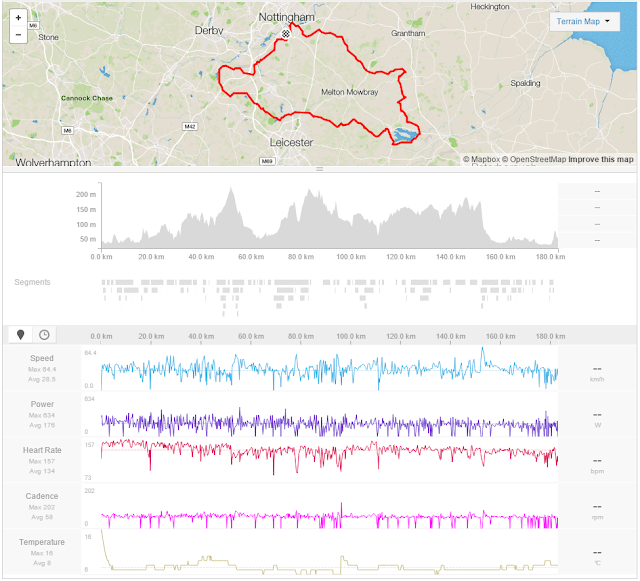 I'll need to do a more comparative analysis at some point (difference in average speeds, conditions etc) to the previous ride, but it's good to be back on those country lanes.