Ok, Only 26 hours in but may be one of my few chances to get anything written before the onslaught of (work) training, meetings, shows, talks, meet-and-greets, networking, handshaking and drinking.  I'm in Malta for work along with my work colleague Kasia plus over 400 other workers from Fisher Scientific in a very nice hotel.  We all flew out from across Europe to meet up in Malta for the sales conference with everyone from managers and accountants to suppliers large and small.  For a lot people it's a reunion, for others it's a new experience, and for me I get to finally meet a lot of people who I've discussed a lot with over the past 6 months but never met.  I can finally put a face to both Suzanne and William (fantastic to meet William in person and great to get a hug off Suzanne after all the techy questions they've sent me), now found out Tim's personality and see staff under the influence.

As I'm a tech bod, not as sales or managerial type, I've had a little more free time and with landing on the Sunday, had the opportunity to explore a little.

Fisher has a good running contingent.  Of all the places I've worked, Fisher appears to have a higher population of runners than anywhere that I've been employed.  Once we landed on Sunday and all sat down to eat, it's fantastic how different people were looking at what activities they could go for in the afternoon - running being one of the highest options along with the gym and the pool.  I confess, I don't run.  I'll run occasionally if I have to but I haven't done any appreciable distance for around 7 years.  It makes my legs feel weird, I don't like the whole breathing rhythm thing and my shoulders often tense, but as I couldn't bring my bike this week and a gym is a gym, the running shoes were the next best option.  So off I ran....... 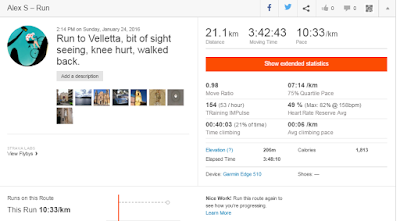 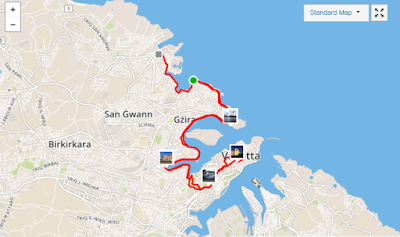 As I don't run, I had no idea how this would go - run for hours and hours and hours or leave the hotel lobby, get 200 meters, get a blister, cramp, a stitch and throw up in a bin? - I opted to go solo.  As Malta is a small island, I thought the best option was to head to the prom and keep going - best decision ever!  Flat, good pavement, a lot of local interest, views, sites, smells, photo opportunities, history, modern art and life going on, even in the off season.  As the coast has a series of bays and coves which makes up the Marsamextt Harbour, it was always "I'll just run around one more corner," see something across the bay and think "I wonder if I can run to there?"  After about an hour and ten minutes I'd reached Velletta and started  looking for the dome of the Brascilica of Our Lady Mount Carmel which is one of the most iconic locations in Valletta.  I had freedom to wander around the streets of Valletta, exploring, finding bits of history and seeing the UNESCO listed sites.  By now I had run around 10 km (looking at Strava, my start of tracking was actually some time after the start of running, so in hindsight it was longer) and my cycling legs were telling me that I'm not a runner.  I did some site seeing, took some photos, explored the side streets and started heading back.  Now as I'm not a runner, my knee wasn't feeling good so I walked back the next 10 km or so taking in the sites before a shower and tea.

My 10k pace is well off what it was when I was 16 and my half marathon distance time was't a patch on my old running times, but I ran!  I took photos, saw the sites and enjoyed the run without looking for any PB's particular distance or performances.  After not running for years, running on a Maltese prom was a great way to get re-acquainted.

The geek in me wants to have a look at the data (I'm curious about my heart rate and how it felt to run etc) but I'll leave that for some other time. 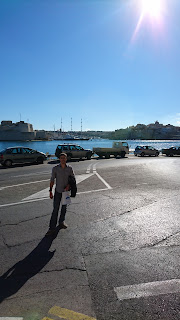 Yep, that's me in Malta seeing the sites.  Obviously not running but that's me and not a selfie (I don't do selfies) 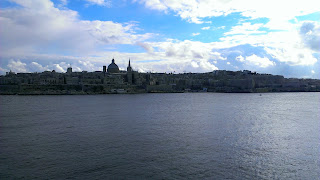 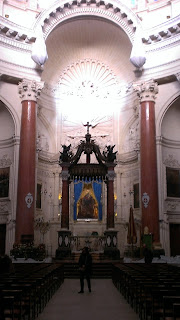 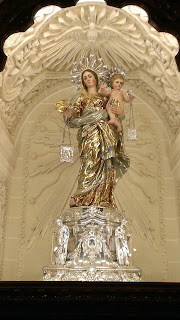 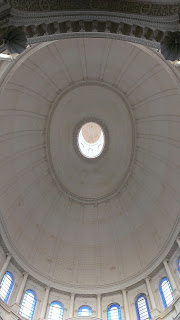 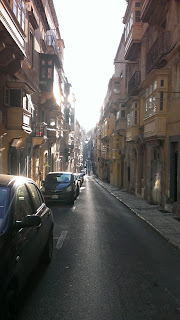 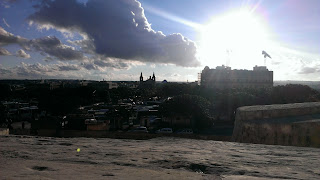 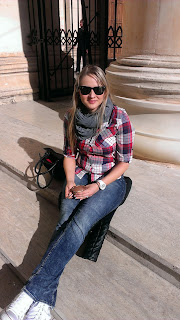 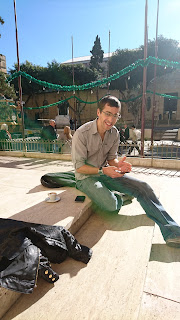 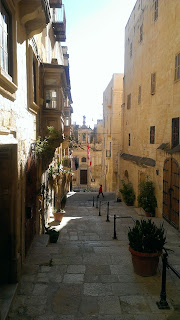 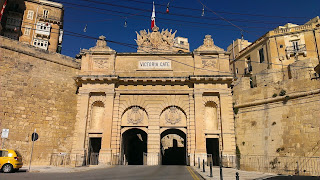 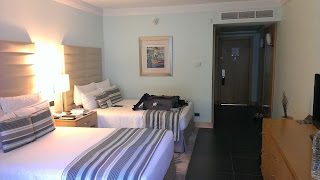 Socialising and easy start to the week.

As this is a works week, last night was socialising with the account managers, reps, sales teams and others as more of our staff filled the hotel rooms.  Run done, belly full and fantastic to meet our distant and remote staff.  As social = drink, it was nice to chat, drink, find out who all the emails have been coming from.

This morning I was certainly a little sore.  My skinny body and having kids means my body doesn't tolerate much alcohol these days but I wasn't bad.  The sleep deprivation from the dead eye flight down and sore legs from yesterdays run being more of the factor.  Myself and Kasia have had some free time, so took the opportunity to visit Valletta, pick up a few gifts and sample the coffee (I can see why Italian and Maltese cafe culture is the envy of us Northern Euros).

Chances of any further running this week looks remote as we'll be working 8 am to 8 pm plus networking for the next 3 days, but the food here is just brilliant - all healthy, good food, well prepared and tastes 5 star every meal.

By Friday I may be clawing for my own bed, have drunk more alcohol in 4 days than I do most months and done the lowest level of exercise in months, but the contact I'll make, conversations I'll have, seeing Valletta, exposure to our supply chains, managers, EU partners and so on will be worth it.

For my work mates back in the UK:  It's a hard life ;-)   Many thanks to my boss Pedro for the opportunity of being sent.