As a quick overview of the last few days/week.

Yep, MTB fun last week.  I blogged about this last week so enough said, part from it was fun!  It also made me realise who neglected my MTB has been with a chain too short and lots of mechanical niggles.  Never mind, it's not a real priority so I'll do a few bit on it, and mainly chase kids and a bit of cross training.

Yep, I went for a run!  This weekend we had my brother (Chris) and his partner (Em) stay, so we took the opportunity on the Saturday morning to go and join the local Park Run.  I'm not a frequent runner but this would a blast.  At the start line I bumped into Jo, Emily and a number of other ThermoFisher staff so we all roughly ran as a group.  Jo is a far more experienced runner and set a very good, even pace for the 5 km, hitting 27 minutes with Mrs Stav and Em only 2 minutes behind.  My legs gave me a rude slap for running, but what a fantastic way to start the weekend.  Unfortunately, I lost my bar-code somewhere so I'm unaccredited, but here's a quick data shot: 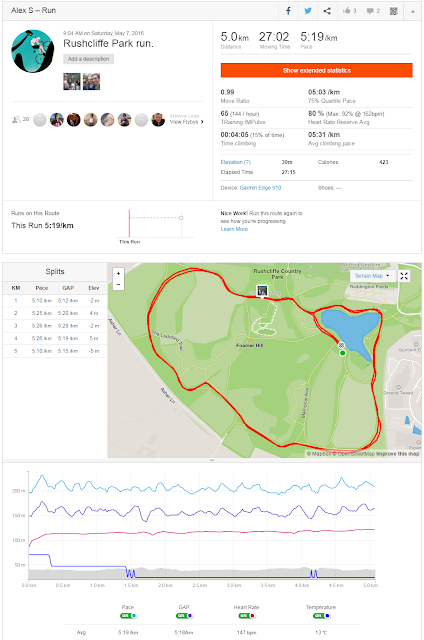 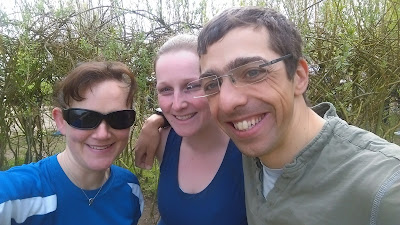 Mrs Stav played the veto card this year as Mrs Stav headed the School PTA and Sunday was the summer fair.  Weather conditions was fantastic for all events this weekend but as we agreed that this was her weekend, well done to all those who rode the Fred and spent money at the fair.