This blog post isn't a happy or a good one that I wanted to write.  Tragically, last night one of my heroes died.   As I write this, Europe is still waking up to the news and the whole endurance racing, rando/audax community is still coming to terms with it.   It has been announced that Mike Hall was killed in a road accident early morning in Australia while racing the Indiana Pacific Wheel Race while in second place. 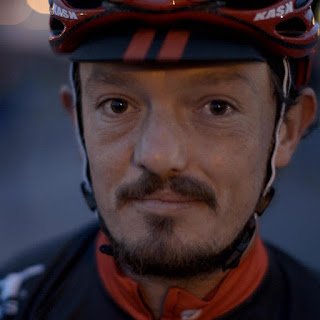 Last night I had a busy evening prepping a bike for this weekends training.   Today I had a plan to execute:  Mrs Stav will be at the gym so do kids breakfast; get to work early-ish; last 3 weeks have been mental so update blog; settle to a bit of paper writing; eat more food; start work day.

Things didn't go that way and makes it a little irrelevant in light of recent events.   As many males will do, the alarm went off and I went to the toilet, flipped open the phone and started to read Reddit.   That was where I found out.  After an extremely exciting 13 days of adventure racing and watching the Kritsof/Mike fight move eastwards, the news was shocking.   Seeing the headline of "Grave concern for Indiana Pacific Wheel Race rider........" and the thumbnail image of Mike, yeah, there are something that you never want to read.   Some links you fear to open.

At the moment, the circumstance and specifics haven't been made public (and I'm not sure if I want to know all the details) so there is no point in speculating as to the nature of the accident.   I'm sure we'll know in the days to come but there are many different situations, possibilities and so on that could have played out.   As someone who's ridden miles and has a limited experience in adventure riding, a lot of thoughts and fears open up in my mind.   None of them pleasant.

In respect, the IPWR has been scratched with Kristof hours away from making it to the finish line.

For me, it's more then a little bit crushing; one of my heroes will no longer have a name to dot crossing continents and this strikes home the dangers of being on the road.   Last night I excitedly fixed up my race bike ready for training this weekend, the coming months and LEL.   The TCR, TransAm and IndiPac riders have always inspired me and shown me which way to develop, kit to experiment with and always told me "I can go that little bit further."

Last night, I was discussing the virtues of this kind of racing with Mrs Stav - the public have access and the majority of the stories and reporting I've seen on IndiPac has not been through established news networks, but by social media from other passionate cyclists.   The reality of adventure and endurance riding is the very social and public element to super-human achievements.  Krtistof trains on public roads around Belgium.   Mike Hall was extremely approachable and normal.  Shell rides for Leicester Forest CC, a stones throw from me.  Steve Abraham's is on the public roads everyday riding HAMR.   If you want to see these people doing what they do, they are training, racing and riding in and around public places everyday.   The public reporting and coverage of the IndiPac has been one of the race highlights - no VIP car to a stadium, security cordon and then the show before a VIP after-party and whisked away in a blacked out limo and a massive pay, just Twitter and Facebook post from very ordinary people showing Kristof sharing a plate of pasta with local kids the other night.  At the same time, being in public is what makes the sport fearful.  The dichotomy of availability contrasts to the real fear of vulnerability.

This isn't the time to discuss the relationships, politics or controversies of cyclists and cars, or speculate what happened, it's just an extremely poignant and shocking event in adventure racing and a loss of one of Britain's greatest (and to the wider public largely unknown) cycling heroes.

Mike, like so many people should be, was fantastically "normal." 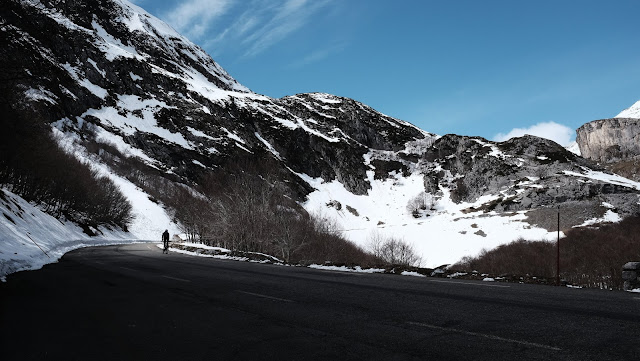