Work/life has been busy, but the riding keeps going.  And I got to play with my Blue Steel! 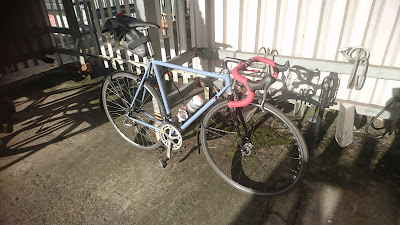 After the last Rule #9 ride, a lot of riding has been the run-of-the-mill commutes, training and riding.   Life has been a little disruptive - job interview and other things - which has stopped the metranomic riding.   In some ways this has had a huge benefit.

Drinking copious amounts is not big or clever, and a lot (probably 98% of the UK adult population without religious exemptions) will drink a lot more than me.  Most people will consume more EtOH per week than I do in months and months and months.   And due to "liver problems" I've abstained from alcohol since mid January.   But last Saturday night was some friends joint 40th Birthday - I drank gin.  Probably won't drink much from now until September, but I gin'd out.  Now done.

Last week was disturbed by having to use a "car."   Weird concept, but I had to use it.   So instead of my usual "Wednesday Night Worship" I did HIITs on a Thursday night.   Zwift, Sufferfest, 62 sprints, music and a volcano.   It was pretty much rocking so I really enjoyed it!   The mixture of rest and HIIT's pretty much revitalised my legs and really pumped me up.   Loved it!

The Zwift Volcano was pretty cool, but with the social media side, a little over hyped.   It was good and a change, I'd go back, but overall.............road season is kicking off and Sufferfest HIIT's pay off more.

For all the time I am on the road, recovery is just as important - it's just that I like being on the road and riding.  So now it's the start of thinking about when to go hard, and when to recover - which means using "the car."

Today and tomorrow are two of those days - last night was a fantastic hard ride and although my head says "go on, give a commute a go" the wiser side of me says recover and then go longer on Saturday.   The pay off will be worth it in the long run.


Switching to the fun bike

This week the weather has been a little better and with the new Apidura, I have a bit more ride kit flexibility.  With that in mind, for this weeks Wednesday Worship I switched to the 1980's Blue Steel.  In full disclosure, this week has been rough with a lot of work stress.  Anyone who saw me Monday - Wednesday this week will have seen the stress dripping off me.   So getting the Blue Steel off the rack Tuesday night and tearing down to work on Wednesday morning in the sun was just brilliant.  Closest I can describe it as if if you imagine driving a safe and stable Mondeo every workday, but for this day, you get to drive a raw 1960's Jag, lively handling, no driver aids, everything mechanical and teasing you to give it a little more gas (but if you relax, it'll spank you) through country lanes, then you're not far off.    Hello my beloved British Blue Steel, my 30-something-year-old mentalist.

Riding last night one the week day 110km training ride was just what occupational health would endorse because it was just fun, lively and fast after weeks of Genesis riding. 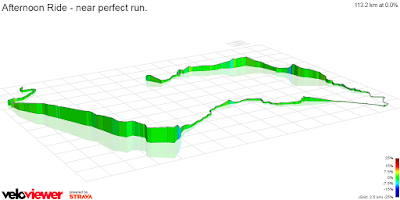 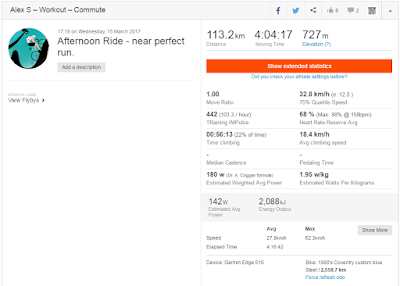 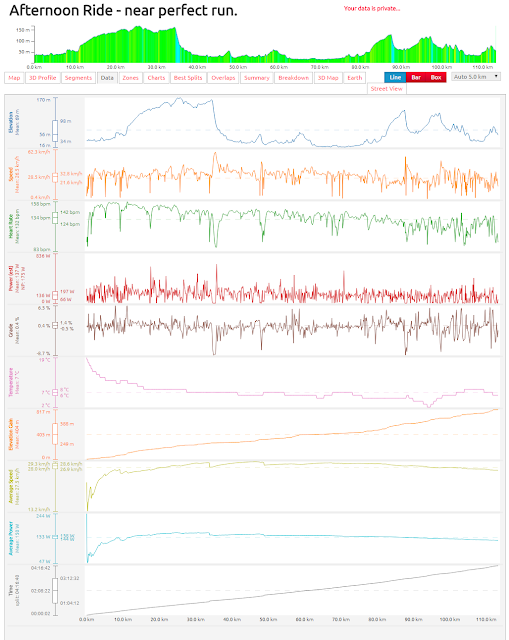 And with that, blogging time out.   Rest up today and tomorrow and a long ride the weekend.   Progress!
Labels: British Steel cycling endurance LEL training