Saturday was the return to riding in the Fens and long distance riding.  In summary, it was a tough good ride which punished, wasn't what I had planned and I cut short due to conditions.  On the positive side, I re-acquainted myself with the tasks, tested new kit and food options and got my first ride North bound on the LEL course.   This is positive! 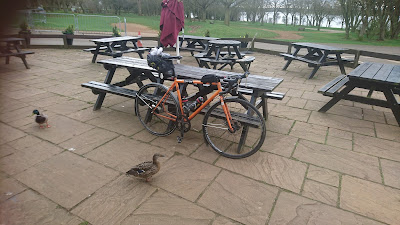 For references (and to remind me in the future), this ride was about trying the route heading north, finding out what works and what doesn't, ride in endurance legs, pacing with a heavier bike, use the Genesis for robustness and do the distance regardless of weather.   In some respects, this ride ticked off a lot of the desired outcomes and the learning curve kicked up a bit.  The self sufficiency and resilience side of things were priorities for future rides and training.


The plan and prep.

The plan was a route going SW to loop around south of Peterborough, join the Fenland roads up through Spalding and Woodhall Spa to Minting before turning to west to Lincoln and back home via Newark.  The Concorde isn't race spec'd at the moment as the dynamo light is on the Blue Steel, so the idea was to take the heavy weight Genesis with kit and weather it out.  The weather was planned on being middling to poor with strong winds from the West and rain.  My target distance was 200 miles but I was happy to cut short if needed.  I aimed at testing the Apidura, top tube bag, food choices, finding drink/water and being self supported on a decent length of ride.  If things go wrong, I should be able to deal with it and go on.

The preparation was good, with training Wednesday night, then resting Thursday and Friday.   I ate well for 48 hours before and felt good.

For the ride, I set off a little later than I had hoped, but nothing too bad.  Riding out across Nottinghamshire flats towards Harby, I found Nottingham Clarion on their club run before I headed off down towards Rutland Water.   On the way down, the annoying "thud-thud-thud-thud" sound was confirmed to be a de-laminated tyre.   Bugger.   I switch plan to ride to Rultand Water Cycles a picked up a replacement rear tyre.   Thanks Rutland Cycling for the support! 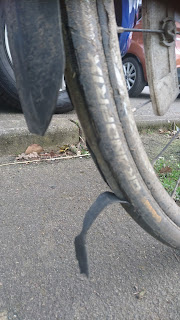 All this section down to Rutland water and beyond was with winds.  Picking up the route again east of Rutland waters I headed towards the south of Peterborough (Garmin missed, so did extra round Sawtry) then headed east with a tail wind.  Picking up the north-bound LEL course around Ramsey St Mary's and heading through the Fens, the wind and rain came across the route upped the calories/hr and effort to maintain a decent average speed.   The Fens are flat, straight and featureless with little shelter.    Ride and suffer! 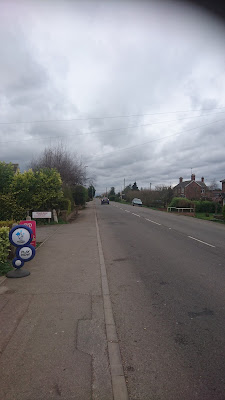 Spalding had a Greggs for a beef slice and a big cup of tea, then headed north again through Pinchbeck and Sutterton.   At Hubbards Bridge, the light started to drop and the next front of rain started to hit, so I made a judgement call.   As I should of had another 80 miles to go but with a lot of exposed roads to Minting and then headwinds all the way back to Nottingham, I was guessing in excess of 5 hours riding to go with the winds.   Between Hubbards Bridge and Lincoln there was little likelihood of protection or trains, so I headed to Boston - better 6 miles of tailwinds to east to Boston then 15 miles of headwinds west to Sleaford.   At Boston I ended the ride and headed for home on a train.

Part of this days plan was to test out what works and what doesn't.   The Apidura is brilliant - real game changer bit of kit.    It has the same function at the Carradice, but so much neater and more secure in the really wet weather.   Last year I rode with very little kit and stuffed back pockets, this ride I could afford to be more self supported, had spare capacity and could change layers to the conditions.     For these rides, it's a must.

The other bit of kit I played with was the toptube bag.   Still not entirely convinced on it, but it did do a good job.   The space is just the right size for snacks, Jaffa Cakes, Cream Eggs and potentially sausage rolls and pies.  I trialed having crisps readily available, but these lost their appeal bit the accessibility was good - now to work out what to have in it and when. 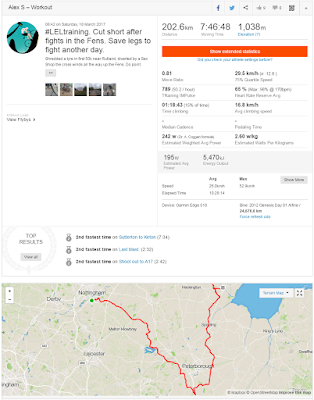 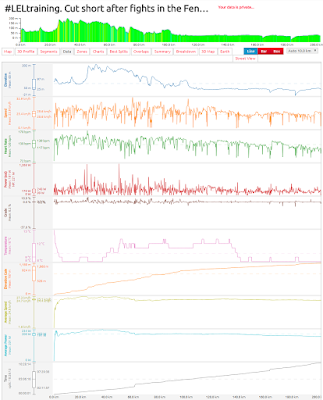 Pretty tough day, below what I had hoped in some ways but better in others.   My distance and fitness point is below what I want but on the up.  To do what I did in the weather of the day and with the weight of bike, I can't be to pissed off.   The Rule #5 in me says I should have finished the ride no matter the cost, but the more measured side of me knows that there's no point doing the damage on day 1 and suffering for weeks/months.

The objectives of kit testing went well - the Apidura and top bag work, the comfort was good (Brooks saddle), the robustness of the Genesis (discs, guards and dynamo) is without question the most hardcore set up but the bike is far too heavy.  The Genesis will get used for certain training objectives but future rides closer to the time and the actual LEL ride will be on the Concorde.