Kicking on the climbs

The midlands is flat.

Anywhere around the midlands with elevation is only going to be a short climb.  There are no long grinding climbs, there are no short punchy climbs, there are only a couple of moderate inclines.  So for the road biker, it's drag-an-ass to the Peaks to find one or repetitions of the same short climbs - and for good measure, a bit of mixing it up with the fat tyres.

At the moment, I can't spend every weekend riding the 15 miles to the Peaks, practice climbing and then ride the 15 miles back, so other methods have been coming in to play.  The commute through Nottingham should be a flat blast, and I'm sure many other riders would do the low road.  To me, it's a missed opportunity, so Canning circus and Derby road it is.  As a short climb, it's enough to raise the heart beat but nothing compared to a proper climb - too short by far and choked with traffic lights and traffic.  But twice a day, it's at least one wheel higher than the other.  To make it a little harder, I've been aiming at riding with an increased gear to force the effort.  Time is less of an issue, effort is what counts.

After a year of speeds flats and undulations, building to the climbing challenge has brought in more focus on turbo training - HIITs based on Sufferfest videos have been pushing the power higher and aiding a quicker recovery.  This has been translating into road power with times on the heavy steel bike beginning to rival last years faster times on the race bike.  Shifting gear to the race bike has shown a big effect without the number of hours.  Committing an hour a week to turbo keeps everything monitored.........but it's not miles covered.

This is where the fat tyres have started to come in.    This week I had planned to cover around 80 road miles on day-to-day cycling, plus an hour turbo, plus something over the weekend.  A 90 mile Peak District ride was off the cards, so the options were either skinny up for a couple hours of a night ride, another turbo or find an alternative.  For some time now I have been itching to get the MTB rolling, but never found the time, so this was the chance.

My plan was to do an effective HIIT but based on a dirt track climb through the woods, loop through a farmers field, back through a housing estate and repeat 5 times.  The idea would be to blast the climb (or at least get the heart rate towards lactate threshold) before recovery on the descent and repeat.  After thousands of miles on 23-25mm tyres, riding in mud on 26 inch wheels was a pleasant alternative.  Racing through the woods by the cemetery was a little spooky, the wind and rain across the ridge was biting and grip was next to nothing, but as an alternative to turbo, great fun! 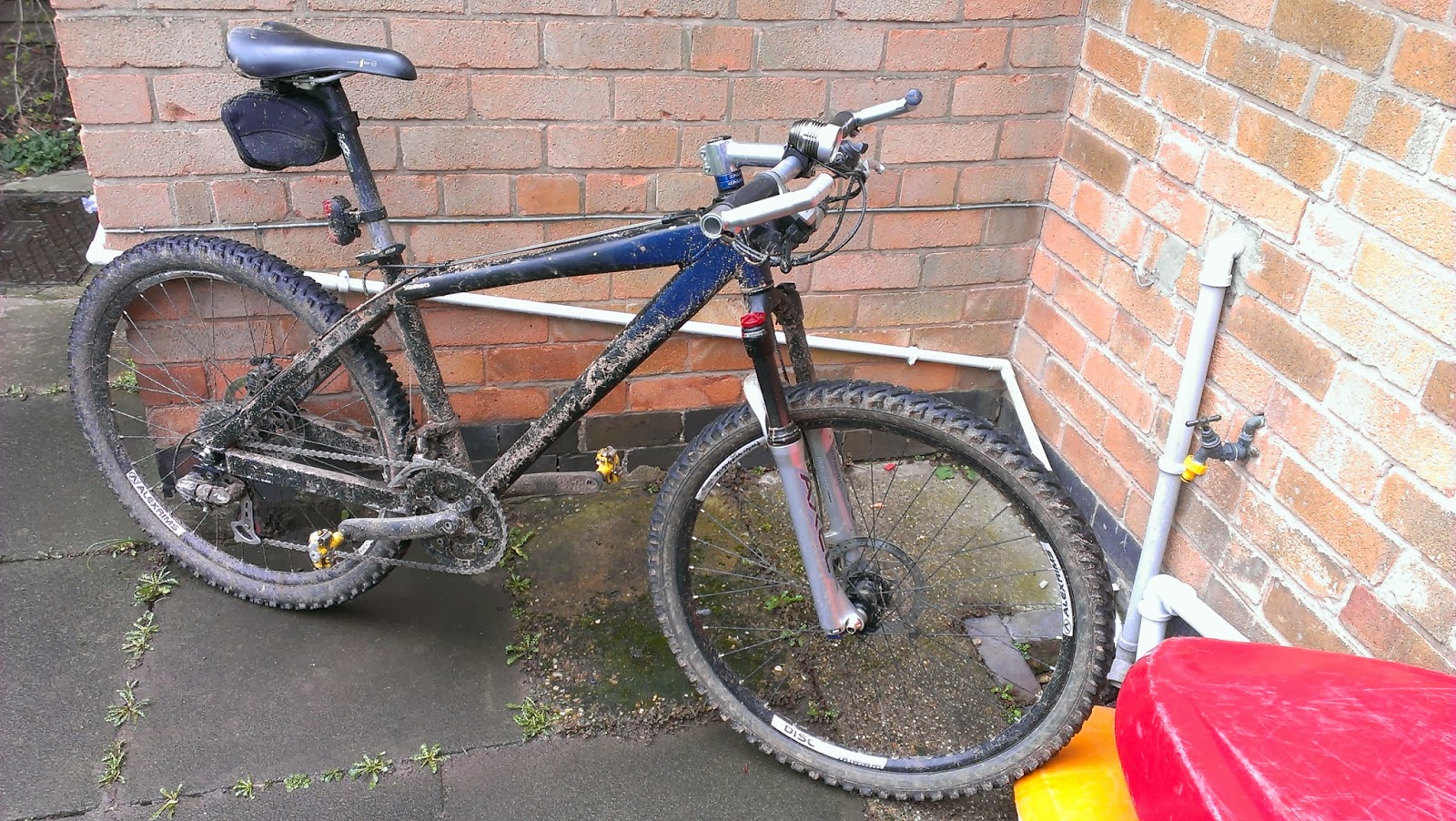