PWR2k In progress Q&A's plus links

Here's a page that I hope answers some questions that'll be going through your head.

First question:  "What is he doing??"

Second question:  "What the fuck is he doing??"

A few conditions to make sure that this is a world record attempt for single distance and not multiple activities:  no sleep or minimal sleep (maximum of 5% of total time), keep eating, keep drinking, don't restart, keep internet connection open and keep streaming on camera whole time to show no cheating.  Pretty basic, but going to be hard.

Current record is 1828km, set by Jasmijn Muller in 2017.   The ZwiftInsider interview  with Jamijn can be found here

"I'm watching him, I can see comments, but not much interaction.  What gives, socials not answering?"

Endurance riding is a head space game as much as a physical.  I'm going to be on Twitch, Twitter, Discord and Zwift companion app. for public interactions with general morbid curiosities, close friends and Zwift riders trying to work out why my numbers look suss.  There's also Reddit, Insta, Facebook, LinkedIn and others out there linked to me (I don't have an OnlyFans, sorry) but these will be used less/ignored.   I'll probably also be chatting on Whatsapp/Chat/Signal/Google Messenger etc with friends and family and MS Teams with some of my workmates through the event (I may have to mute some of the Twitch streams etc if on personal calls).   That's a lot of communication channels.  I'm not social media tart with a billion posts and followers with a gijiggerton of influence.  How's anyone supposed to keep up with that noise??  Simple answer: I wont.  So I won't bother keeping on top of them all.  Some I'll be able to answer, some I'll check ever so often and others I'll checking ages later.  If it's "why's he not answering MEEEEE??" it can be because of noise overload.  Objective number 1: Break the World Indoor Distance Record.  Anything else is secondary.  Sorry.

Ultra-endurance hits some light and very dark headspaces with peaks and troughs with nutrition, fatigue and pain all making the physical, emotional and mental responses chaotic.   It can be a joy ride of screaming out bad song lyrics to loud music and crude jokes; to screaming in silent pain and wanting to tell everyone to fuck right off to oblivion and leave me to it.   It can roll every different way every hour.   Logging in an watching at the start with a fresh positive face will contract to 4am with sunken eyes and no sense of humour, compared to 11pm at night with only a hop to the end and delirium kicking in.   Sometimes the turbo will have to just spin, the camera has to keep streaming and I'll shut out all noises and switch off all microphones to go into my own headspace to just........do it.   No offence intended, just sometime the empty white noise of defocussing is what's needed.   Towards the end when exhaustion will be hitting real hard, I've no idea where my head will be.   The hallucinations kick in at certain points so that'll be fun.   It happens.

When will this stupidity end?

Any of the above could call the end point.

I'm going to estimate around the 70hrs mark, but it can be a number of hours longer or shorter than 70.   I completed 1,000km previously in 36 hours total elapsed time with too much faff and farting about while I prepped food etc.

I'm an overworked employee using his free-time and dodging some hours of parent duties.  There's no fancy PR or agents here.   Main contact points for if you're a rider wanting to join me and already on Zwift, or viewer interested, I'm mainly going to be Twitch, Zwift Companion app and the Zwift Discord channels (Insider, DIRT and HERD).   Those in my personal spaces have my Whatsapp, Chat and other platforms to find me.  If (for some insane reason) I pull all this off and someone want to interview me, DM me though Twitter for an email address/phone number.

Who's supporting this?  Gotta be a a big name brand pushing him to do this for the Insta stories and publicity to sell something......

Yeah, minimal support.   No sponsorship stuff or big brand backing.  There's a bit of a local family and friends personal support team around me to support on food, drinks bottles, parental duties to my kids and help to me to keep me awake/sane, but that's it.   No performance director, mechanics, nutritionists, massage team, soigneurs or chef with micro-managed supplemented high performance management and diets.   More a bloke on a bike with a stack of microwave meals and UberEats on speed dial.

Can I get event merch to remember the event?

No.   Give your cash to TreesNoTees.  You have enough stuff already, don't need to buy merchandise. 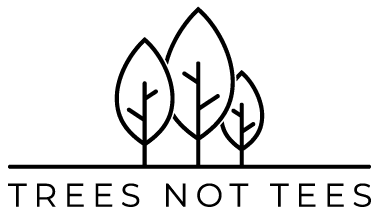 What if public want to show support?

Here's a charity links to show your support:

I am supporting Mind Nottinghamshire with a JustGiving page.  I believe that last few years has been extremely tough on everyone with Brexit, pandemic's, wars, escalating cost, cost-of-living, energy crisis and just standing still has become a marathon.   Without doubt, this is taking a major toll on everyone's mental ability to cope.   I want to raise money to give the opportunity to be able to turn to a charity with the simple phrase of "I need help" and there being someone there trained to be able to pick up the call.

And if you want to donate a virtual coffee, recovery drink or a Chinese takeaway to keep me going, I have a Ko-Fi page and my Bitcoin wallet is:

Why is his kit crap?

Hey, I'm no streaming gamer on a big coin rig.   And my turbo bike is retro style to take the sweat, never to ride a road.

I've put together a couple of cast off desktop PC's to do this in utilitarian rack cases to spread the load which should do the job.  I'm not playing and streaming some first person shooter, RPG or high end game at 4k with minimal lag and massive refresh rates.  I'd take an extra 5 watts of efficiency in the bike system over an extra 5fps on the graphics.

What's the nipple count for this event?

Only two providing Twitch moderators don't deem that too graphic.  Both nipples are natural.