BUY ME THIS BIKE!! 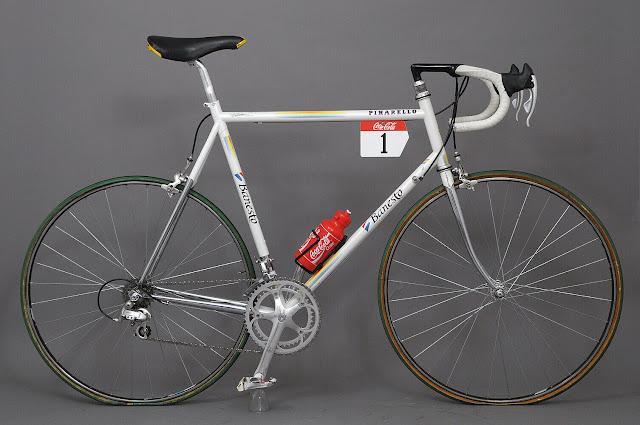 Instructions; HERE is the link.   Use the Buy It Now option then tweet me and I'll send you my shipping address.   My ethical and moral standards are high, except for this cash, I'll trash it all.

The history and significance of this bike to me is immense. 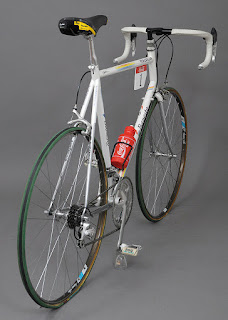 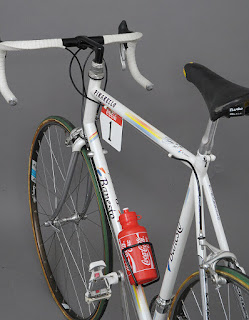 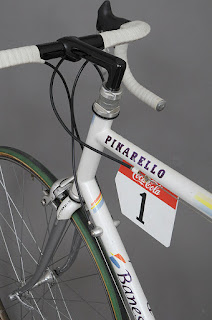 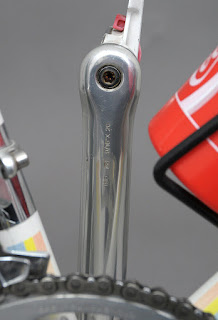 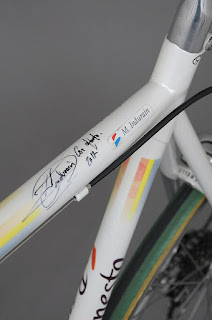 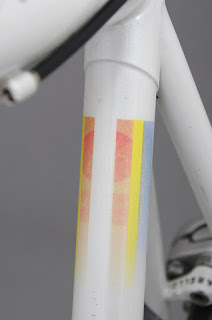 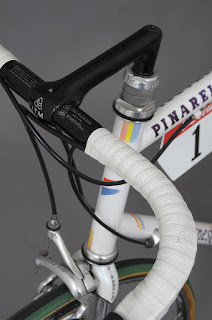 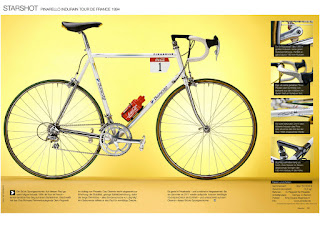 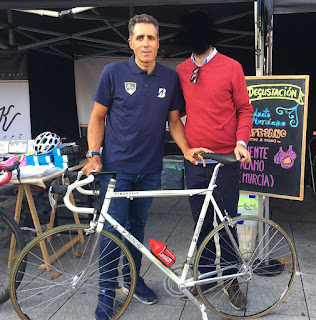 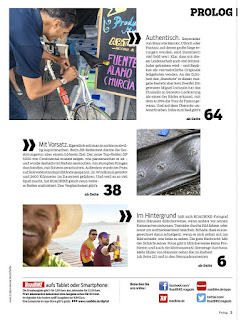 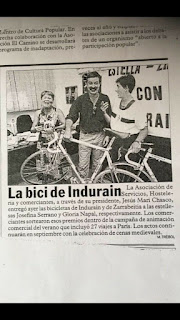 From the eBay listing:


A legend of cicling History!
( published in the major European bike magazine ROADBIKE for the March issue.
(please regard the press-cu red article)

Still in the original condition, just as Indurain had finished his 94 season on it.
Equipped with his favored handmade Campy Sigma tubular 32 spoke wheel set.
One bottle cage only, prepared for a short circuit in the late season.

The Oria Cromovan frame stickers, presented during the Tour, were removed due to sponsorship cutoff. The mark is still visible on the seat tube:  Please regard the detail.

History:
The bicycle was lost for 23 years.
Due to the reference of a former Banesto staffer it could be relocated in 2017.  Indurain had donated it after the 94 season as a lottery jackpot to a charity event in his home region in Tudela, Navarra.  The winner, a Lady from the neighborhood, proudly preserved the bike in her home for the next 23 years.

(Please regard the little press cutting from the local newspaper)

In the absence of a descendent she gave it away finally.  The bike was returned back to Miguel Indurain  in 201&.  He signed it and confirmed its authenticity.


The Race Number is replaced

It is published in the major European bike magazine ROADBIKE for the March issue.
(please regard the press-cu red article)