Flying over a beautiful planet.

Right now I'm on a plane flying to Athens for a sales conference.   This blog isn't about work, but that's what I'm doing.   As we fly, we're pretty much tracing the route of the 2016 Transcontinental race, and looking out of the window, it's stunning.   We flown out of London, across northern Europe, Germany, Luxembourg, Switzerland, down over the Alps, Slovenia, skirting the Aegean and heading to Greece.   In 2016 the race finished in Turkey, but a lot of riders were using this area as a way of heading south. 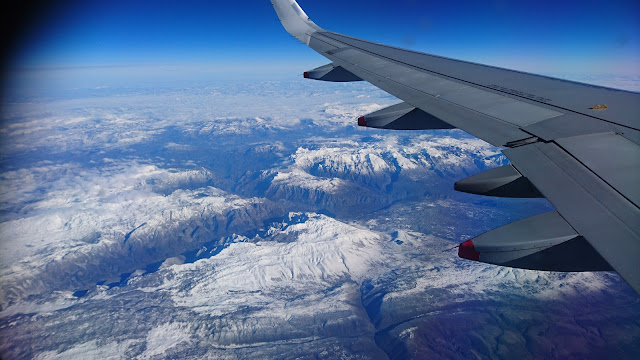 We've flown over moor, mountain and pasture shaped by millions of years of geology, thousands of years of human activity and all covered in January snow.   Stunning coastal coves with blue sea, white plains and jagged ridges have featured heavily as everyone below goes about their daily lives.

Pretty much every reader of this blog will be familiar with the Alps from Tour de France epic battles and will be able to list countless monumental climbs, anecdotes, geeky facts and may have done etapes or cycle tours to the famous slopes.  But some of the passes, climbs and villages which have appealed to me have been more off the tourist path. The Balkans is an area I've never been to but it looks stunning from 11,300 meters as we fly south east.    I read about the conflicts and atrocities and remember the war reporting from when I was in my early teens but from up here and reading about adventure cycling and whitewater kayaking the country looks beautiful, peaceful and an adventure playground.   I've seen mountain passes laced switchback hairpin climbs, plunging roads down long valleys and canyons and coastal roads connecting beach resorts and fishing villages.   I'm sure there are millions of Instagram images, Flickr accounts and blogs with Earthporn photos with filters and inspirational quotes out there but from seat 19A on this flight, it looks like a toy playground to explore.

Although riding a TCR would be on a bucket list, it would be near the bottom in terms of opportunity so I don't think I'll get the chance to ride the roads I've traced with my eyes from altitude, but I'm looking forwards to following this year's race.   The reports from the 2016 race sound amazing, humbling, exciting, terrifying and challenging all in one.   Good luck to all those with a numbered cap.

A few more images of this amazing place. 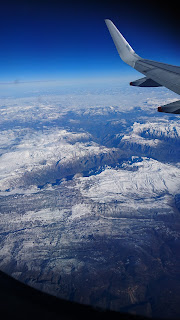 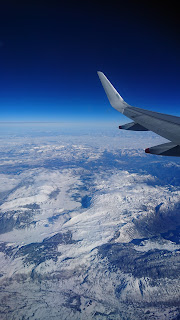 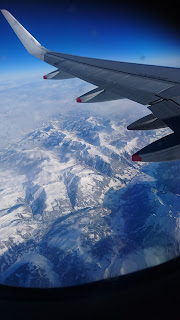 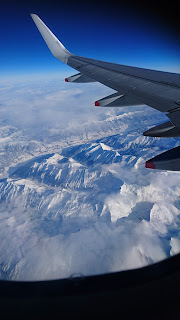 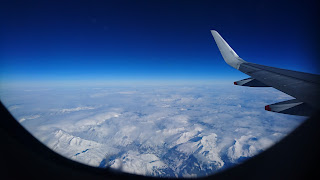